Bright colors and glass walls create the illusion of extra space in this Tel Aviv apartment, which was renovated by architect Amir Navon of Studio 6b Design School and interior designer Maayan Zusman.

The apartment is located in a Bauhaus building on one of the city’s central boulevards, is 70 square meters and has its own garden. The designers were hired to open up the space while furnishing more rooms. By removing walls and reconfiguring the original layout, they converted the one-bathroom apartment into a two-bathroom apartment with compact outdoor and indoor kitchens and a home office located in a glass box in the living room.

To achieve a light and airy appearance, a light herringbone oak floor is combined with light colors, while dark accents are used in the kitchen and bathroom areas. Brass accents in the form of lights and accessories have been used throughout the apartment, including a Lambert and Fils pendant light above the dining table. Brass lamps were also installed on the apartment’s thickened structural pillars to blend them into the new design rather than hiding them.

To save space, a wardrobe forms part of the wall between the bedroom and living room, while translucent glass doors allow light to flow between the living spaces. A series of shelves of different lengths extends over the entire living area from the dining area to the glass office space.

Outside, the floor of the garden has been converted to terraces to match the building’s exterior windows and living green walls have been installed to house plants without taking up valuable space. 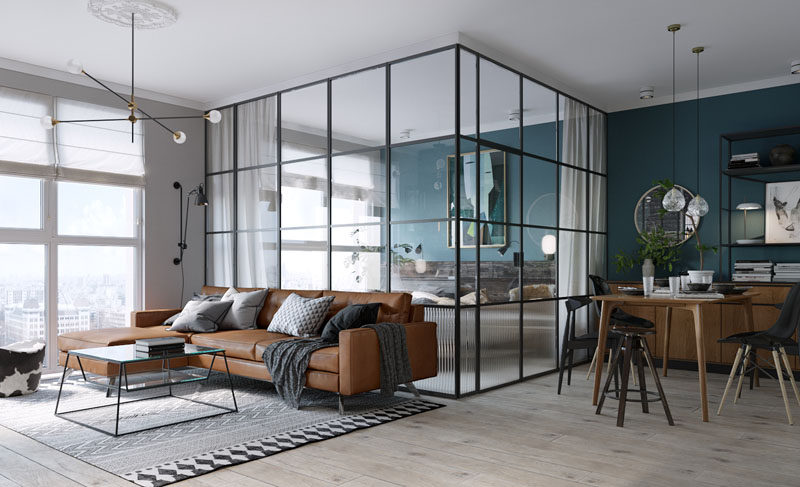 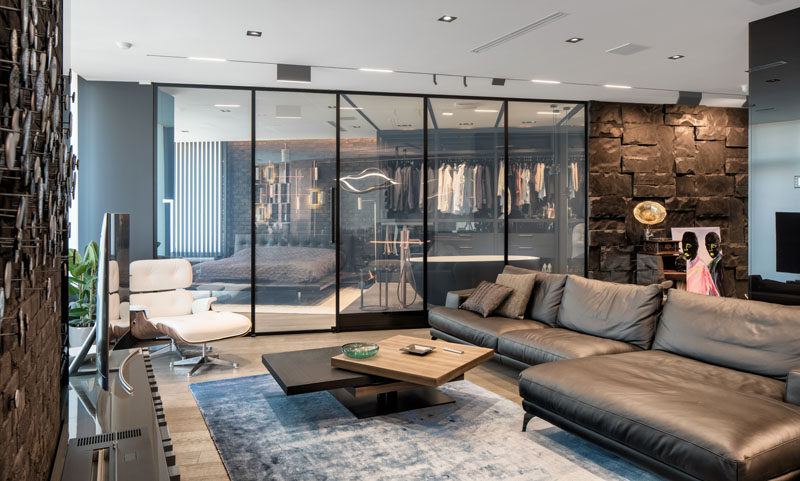 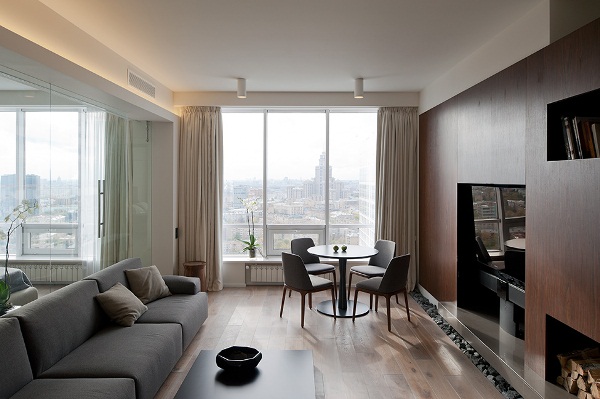 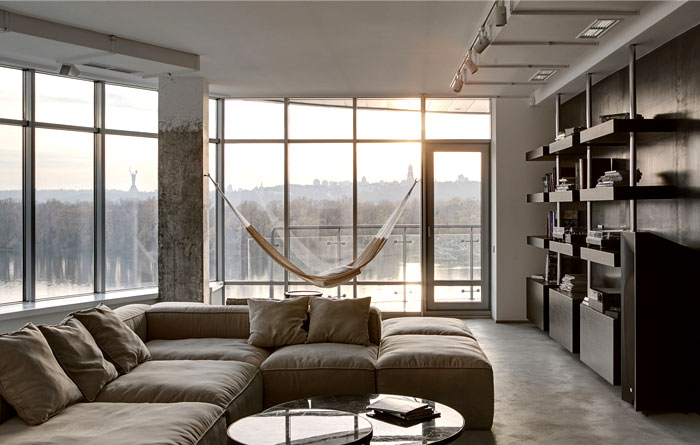 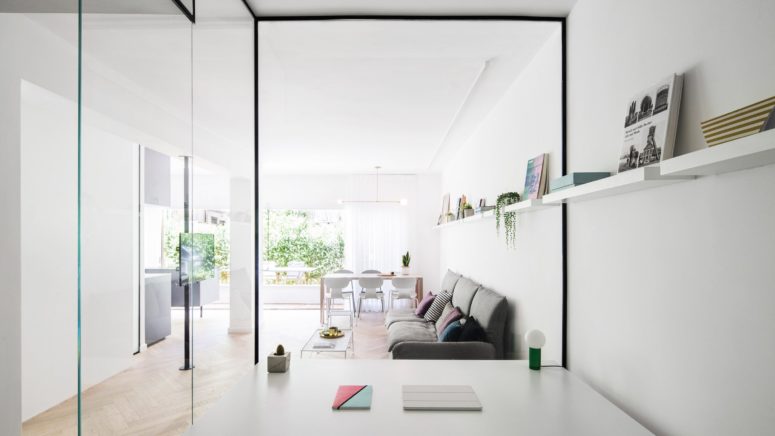 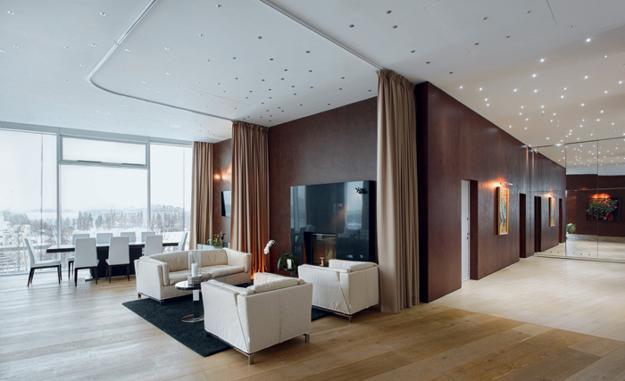 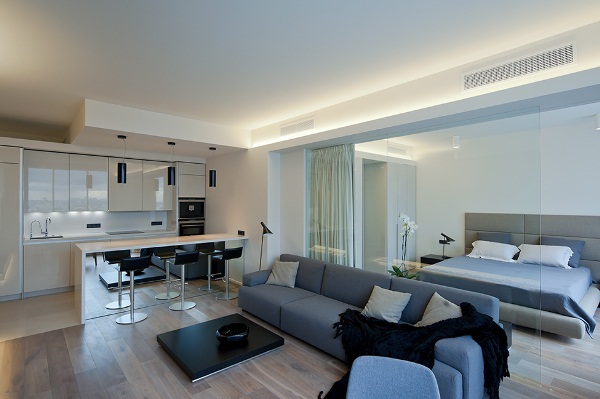 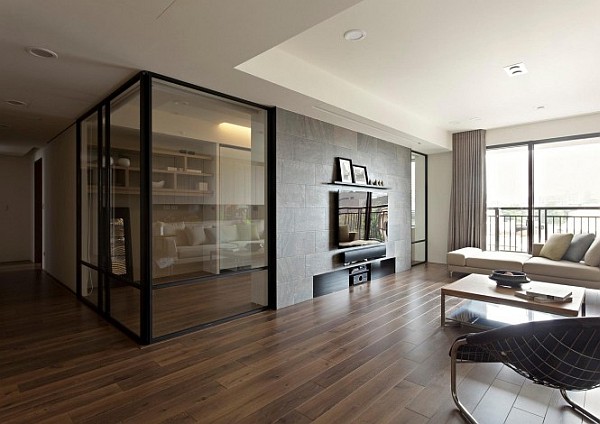 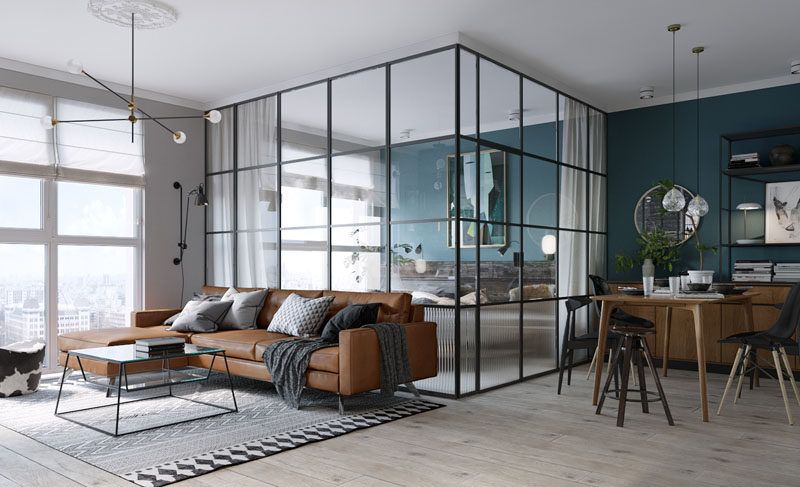 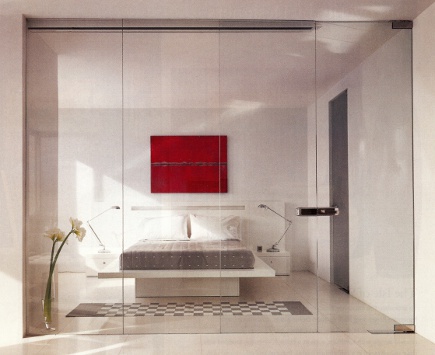 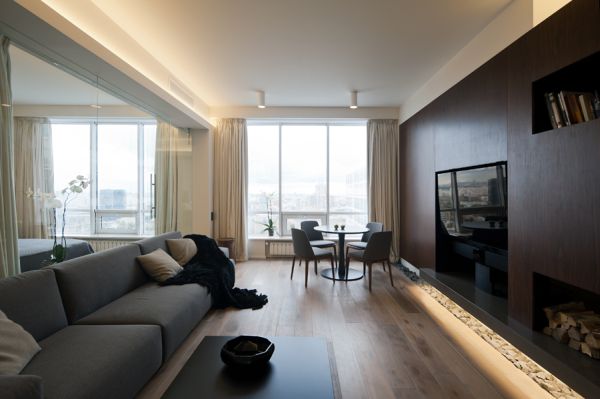