New York studio Dean Works has reorganized a former studio apartment in Brooklyn around a multifunctional volume of plywood that forms arches, walls and cabinets.

Architect Brandon Dean designed the Brooklyn Loft for a young couple from Portland, Oregon who moved to New York with two large dogs and a house full of belongings. The studio added a large volume of Baltic birch plywood to the apartment in the Clinton Hill neighborhood to solve a number of issues, including creating more storage space and separating a private sleeping area.

These requirements have helped establish the design priorities early on. Add much-needed storage space, create space to sleep, and keep that loft feel. The wood structure forms cabinets and countertops in a kitchen and also acts as a room divider for a bedroom hidden behind double glass doors. The unit also has closets in the bedroom. The big design idea was to add a storage wall that was spatially separated, but tectonically linked the new bedroom and kitchen. The Brooklyn Loft consists of the living area on one side, the bedroom on the opposite side and the kitchen in the middle.

Dean Works chose the humble wood material to join it with the couple’s Baltic birch plywood table designed and built in Oregon. It can now be seen in the open dining and living room right next to the kitchen. Existing wooden floors consistently go well with the color of the veneered surfaces, while gray and white are in the foreground. Plywood faces the kitchen appliances, including the refrigerator, and only the oven is exposed.

The kitchen island is topped with dark stone for contrast and anchors the heart of the apartment. White marble is used for the kitchen back wall, vanity top and shelves. Pops in red and blue are added to liven up the pared-down aesthetic. 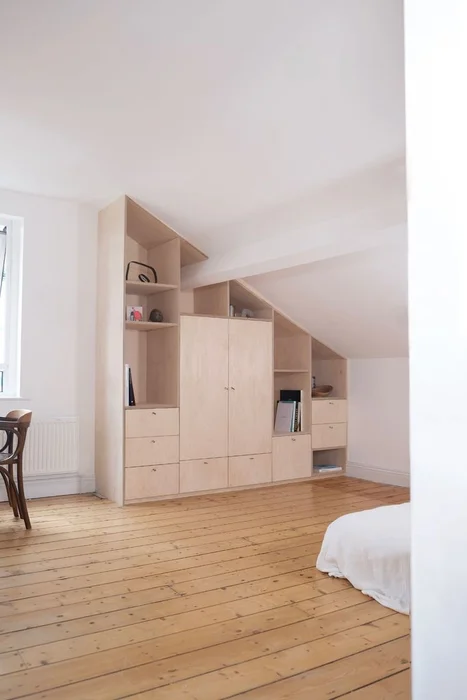 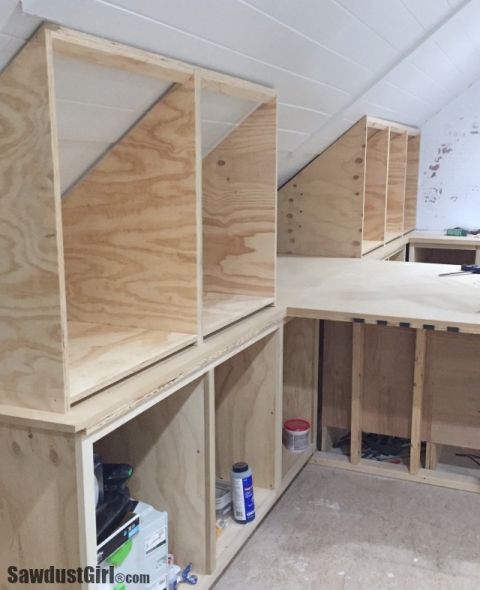 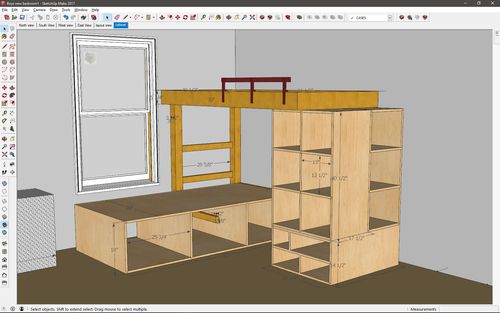 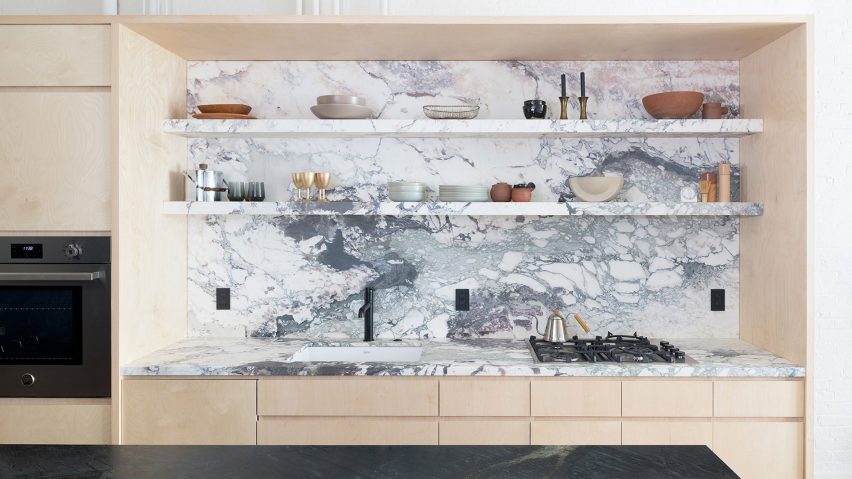 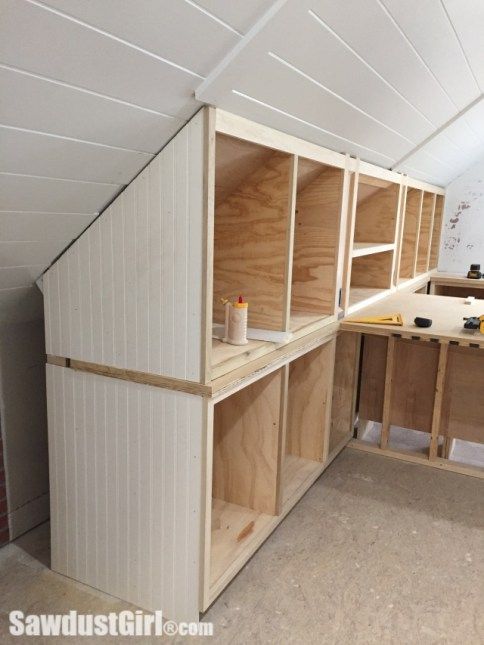 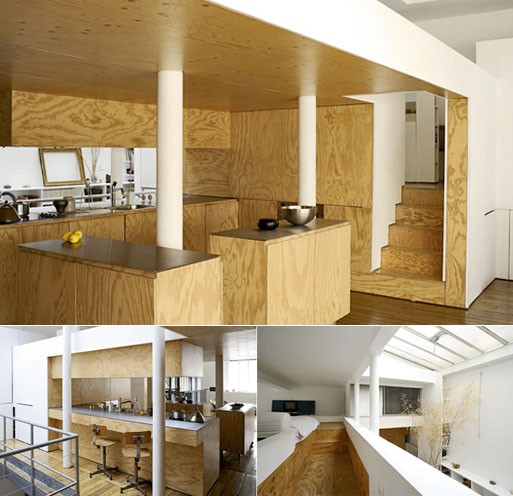 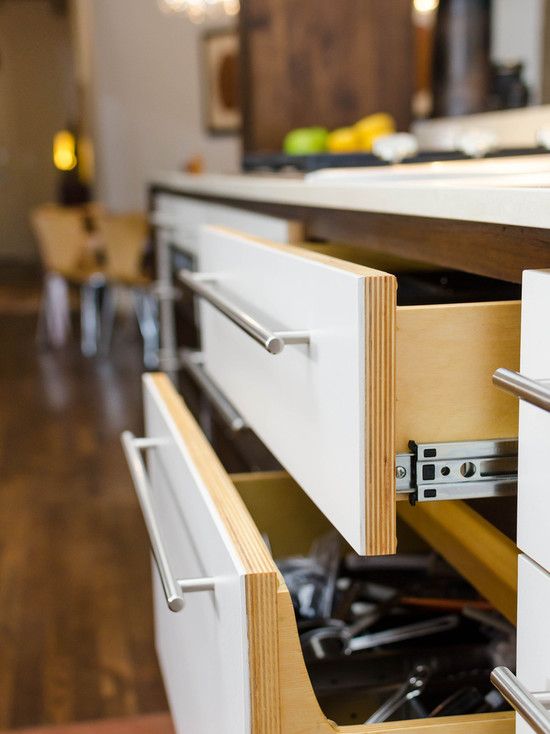 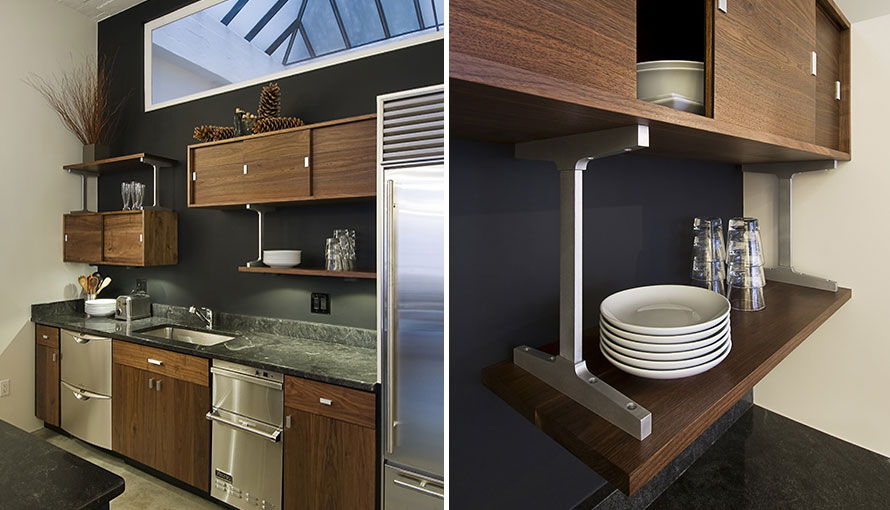 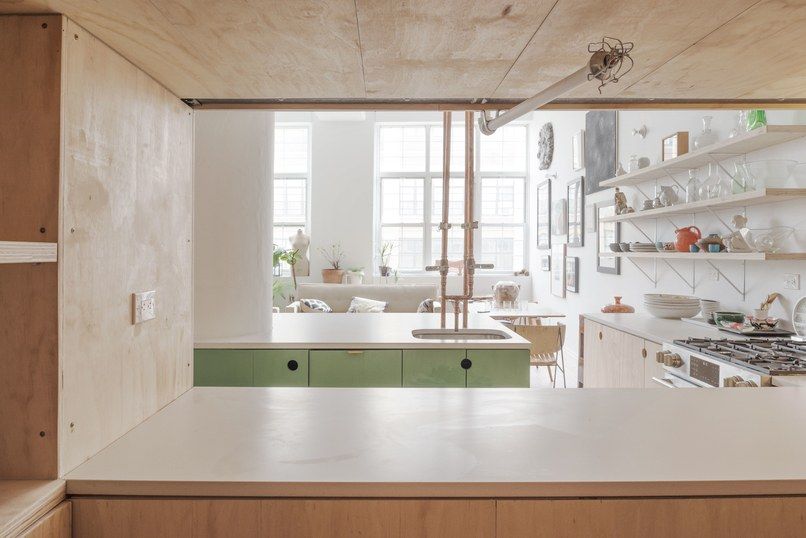 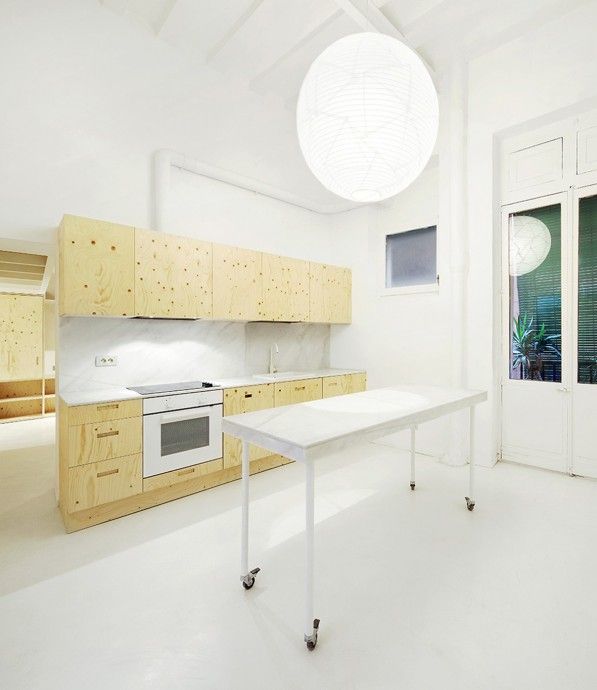 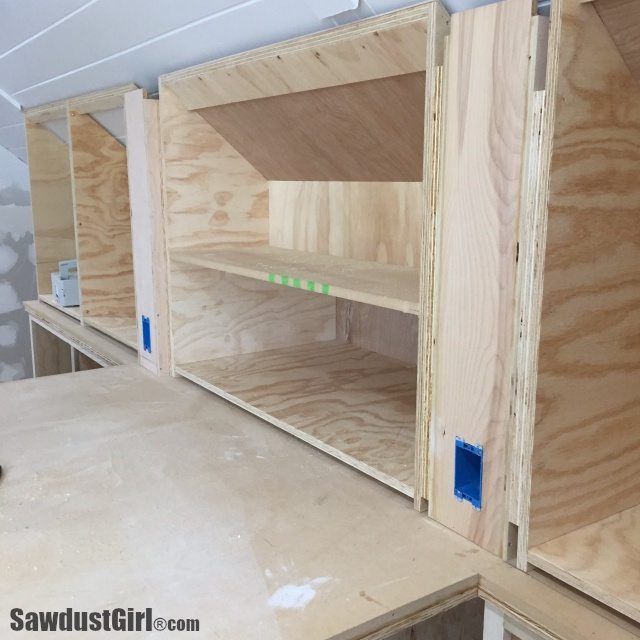 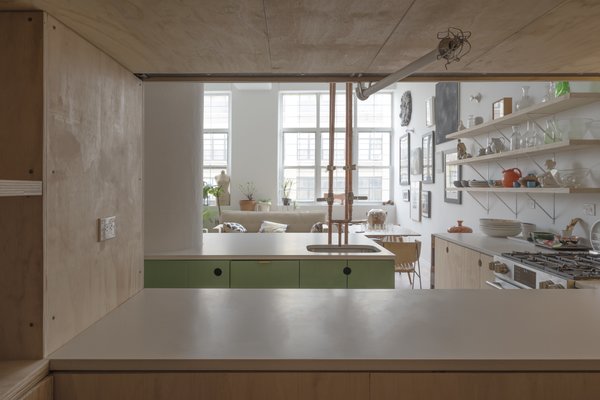